For many of you perfume has been a tantalising experience since childhood.The scent of your mother's Eau de Toilette,your father's Cologne,The smell of Spring/Summer in the air..Our olfactory sense is a powerful emotional tool. These are the storries I will tell and the reviews and interviews I will write about. It is the world of perfume..... 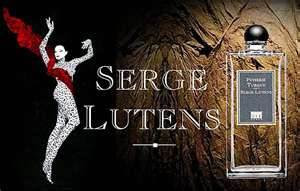 At the tender  age of 14 Serge Lutens  was apprenticed to a hairdresser in France and his love of hair, makeup and photography blossomed .In 1962 at the age of 20 he impressed Vogue with not only his photographic skills but his ability to create a complete look though hair and make-up.

His photographic theatricality lead him to work with some of the best known photographers of the time such as Guy Bourdin, Richard Avedon and Bob Richardson.
In 1967 he began work as the Artistic Director with the House of Dior and for the next 12years his genius made Dior the beauty trendsetters to be envied.

Lutens unique style of photography was inspired by artists such as Pablo Picasso, Claude Monet, Georges Pierre Seurat and Amedeo Modigliani. By the mid 1970’s his photographs and two short film were being shown at the Guggenheim Museum and Cannes Film Festival. 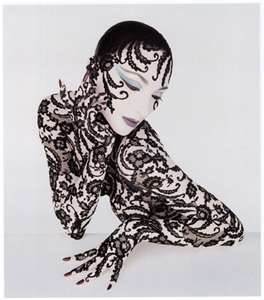 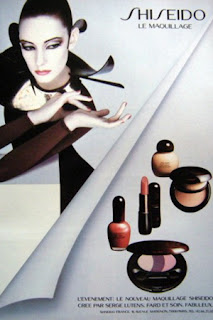 The Japanese cosmetics House of Shiseido quickly took note of this new creative force and in the 1980’s hired Lutens to create the now very recognisable image for their new cosmetic line and their first scent ‘Nombre Noir’. Lutens created the complete ‘look’ and to this day Shiseido is famous for the style he created for them. ‘Les Salons du Palais Royale ‘(the perfume house conceived & designed by Lutens for Shiseido) is a monument to Lutens exceptional innovative intellect and attraction to alluring beguiling scent.

His artist genius is well respected and Lutens has won various awards for his work and talent, such as two ‘Lion D’Or’ at the International Advertising Film Festival, the Talent D’Or and Commandeur in the ‘Order of Arts and Letters’ by the French Government. In 2001 to 2004 he won the Fifi Award 4 times for his “olfactory Maze’ in Lille, France an arrangement of concrete and lights where scents such as earth, leaves and rain from Lille where he was born were reconstructed.

Serge Lutens has been living in Marrakesh, Morocco since 1974 and the underlining intoxicating scents and beauty of this place is what inspires his perfume line.
Perfume was not his first love but it has become a strong an addiction as his love for photography and beauty. To quote Lutens; “The real great perfumers are not perfumers,” Lutens says. “They are the bees, the winds, the rivers and other things that carry and mix scents in space.”

To experience a Lutens scent is to experience a touch of Eastern Marrakesh with a hint of Oriental Japan.
All 56 scents are segregated into 4 collections,namely.. Collection Beige, Collection Ephemere, Collection Noire and Diffusion Perfumes.
In 2012 the  latest addition to these collections, Serge Lutens in collaboration with Christopher Sheldrake (a 'nose' in his own right)and since the release of the most talked about Tubereuse Criminelle in 1999 which is described as a  medicinal heady tuberose scent with a top note of surgical clove, nutmeg and lush tuberose,faintly blended with jasmine,orange blossom and warmed by musk and vanilla,  Serge Lutens has release two more intriguing scents , Vitriol D'Oeillet and L'eau Froide.

Vitriol D'Oeillet (angry carnation) opens with an array of medicinal spices such as clove, camphor, pink pepper, black pepper and biting cayenne surrounding the sweetly scented vintage carnation and iris on a bed of cedar. 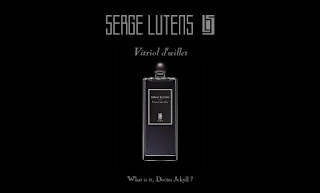 Serge Lutens scents are not for the shy or inhibited. They are unique scents of passion,beauty and emotion.

Email ThisBlogThis!Share to TwitterShare to FacebookShare to Pinterest
Labels: Reviews